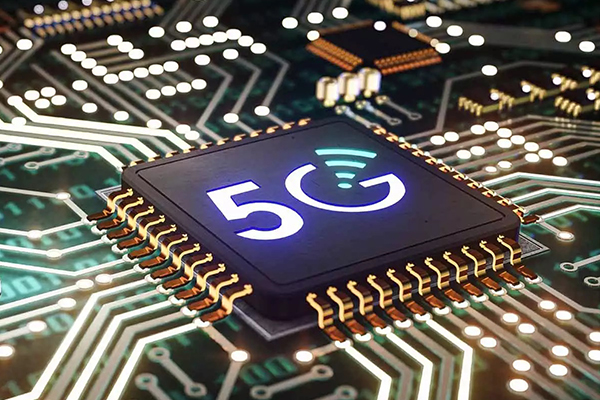 Rome: Italy's 5G project, launched to great fanfare in October 2018 with frequencies going for top dollar at auction, has since fallen victim to sky-high costs and red tape.

The next generation wireless network technology will not only be faster and capable of handling more connected devices than the existing 4G, it's expected to fuel development of new technologies for consumers, businesses and defence alike.

Keen to take advantage, Italy held auctions at the end of 2018 -- two years before neighbour France -- and raised over 6.55 billion euros ($7.3 billion) -- far above the minimum 2.17 billion euros Paris is hoping to bring in this autumn.

"The culture of mobile telecommunications in Italy has always been ahead of its time. The peninsula was the first country in the world to launch 3G," Andrea Rangone, a professor at the Polytechnic business school in Milan, told AFP.

But the high prices paid for frequencies, coupled with Italy's slow bureaucracy, are proving a headache for operators.

The auctions have led to "much higher costs for companies than in other countries", and "a sharp drop in profitability," said recently Enrico Barsotti, number two at mobile operator WindTre.

"Investing in Italy is very difficult: the limits on electromagnetic emissions are among the strictest in the world, and there is no certainty about time frames because of bureaucracy," he said.

- Permit problems - Getting the necessary permits "depends on rules that vary from one region to another, or even from one municipality to another," Barsotti said.

Fastweb, a broadband operator that has partnered with WindTre for 5G, also told AFP the authorisation process was "likely to slow down the deployment of 5G networks considerably".

They have urged the government to tackle reports 5G could be dangerous for customers, with Fastweb pointing out "the frequencies used are exactly the same as those used over the past 20 years for other mobile technologies".

These issues have not stopped operators from commercially launching 5G with dedicated subscriptions.

Telecom Italia (TIM) is already offering 5G in nine cities, including Rome, Turin, Florence and Naples, and will do so "soon" in other cities like Milan.

- Pick up in 2021? - Digital Transformation expert Gianni Ferranti said "there could be a resumption of 5G development in 2021, if the government maintains tax incentives for companies investing in digitisation and automation, and if the average prices of mobile phones capable of connecting in 5G fall".

A row over whether Chinese telecom giant Huawei, the world's largest supplier of telecom network equipment, could pose a risk to 5G security in the West has been largely absent in Italy.

"Italy has tried to remain as neutral as possible," professor Rangone said.

Rome nevertheless decided in 2019 to exercise its "special powers" to verify trade agreements entered into by operators, in order to "protect national security".

TIM said for its part it had "adopted a policy of having a diversity of suppliers, so as not to be dependent on any one company in particular" -- a common policy among operators.