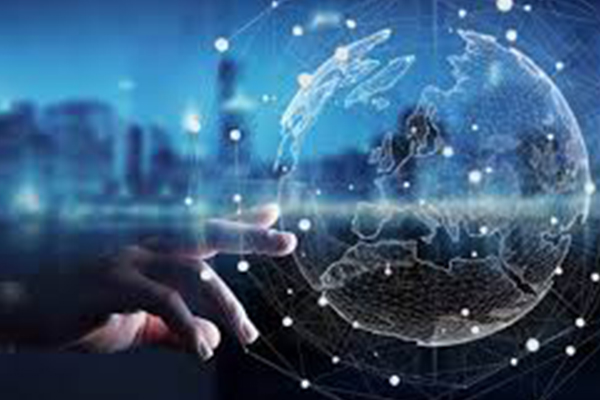 Whether you’re aware of it or not, the fiber optics revolution is well underway—and it has a discernible impact on your daily life. Thanks to fiber optics, we can now transmit massive amounts of information at record-breaking speeds, with minimal interference.

The sheer speed and volume of information transmission has paved the path for innovations across a number of industries. In this age of video streaming and quick downloads, we sometimes forget just how far we’ve come. Read on to learn more about this impressive transformation—and to gain insight into the future of fiber optic technology.

How Far We’ve Come: The Past and Present of Fiber Optics

Fiber optics may seem like an inherently modern concept, but the basis of the technology has actually been around for millennia. Fiber optics are believed to have originated in Ancient Rome, where glass is said to have been drawn into fibers.

However, much of the credit for modern fiber optics is owed to a team of researchers from Corning Glass. This innovative team developed ‘optical waveguide fibers,’ which they found could carry 65,000 times as much information as traditional copper wire.

Following the success of the Corning Glass team, the United States government successfully linked computers via fiber optics at the NORAD headquarters. This was just one of many early projects that demonstrated the wide range of opportunities that fiber optics offered.

Since the initial explosion of the fiber optics industry, this technology has seen wide-scale adoption, with interest surging in the past decade. The Global Fiber Optic Cable Industry 2018 Market Research Report revealed a compound annual growth rate (CAGR) of 11.45 percent between 2013 and 2018. A report from Million Insights projects a CAGR of 12.6 percent by 2022.

Much of the recent growth in the fiber optics market can be attributed to the transition from local area networks (LANs)—which once dominated fiber optics—to wide area networking (WAN). Fiber-based WAN promises to solve many of the headaches prompted by DSL and other common approaches. Uniquely secure and easily repairable, fiber offers faster and more reliable connectivity than the alternatives.

Today, fiber optics optimize the flow of communication across a number of industries and sectors which include:

Healthcare: A non-surgical procedure known as endoscopy involves highly maneuverable fiber optic instruments, which can gain access to cavities and other areas of the body that might otherwise be out of reach.

Education: From elementary schools to research universities, educators are increasingly relying on fiber optics to bring academic institutions up to speed. Fiber optics allow students, teachers, and administrators to take advantage of revolutionary technology in and out of the classroom, while also reducing bandwidth costs.

Transportation: With the implementation of intelligent traffic systems (ITS), rush-hour congestion may someday be a thing of the past. Driven by fiber optics, ITS can more effectively manage the flow of traffic, minimizing commute times and even preventing accidents.

Fiber optics technology has come a long way, but this age of innovation is only the beginning. From technological breakthroughs to vast new networks, a range of exciting projects promise to bring the world into a new and even more revolutionary age of fiber optics. The following are among the most promising concepts and projects that are about to transform internet technology as we know it:

We may be living in a WiFi world, but WiFi remains complementary to—and not a replacement for—high speed fiber optic technology. Nowhere is this more evident than in overseas communication. Google and Facebook recognize this and are determined to bring international communication to the next level.

Enter the Pacific Light Cable Network. Easily one of the world’s most ambitious fiber projects to date, the PLCN promises to transform how we think of fiber optic cable initiatives. Linking Los Angeles and Hong Kong, this revolutionary project involves over 8,000 miles of submarine trenched fiber cable. The investment may be considerable, but the returns should be as well: an astounding capacity of 144 TB, going both ways.

Fiber optics have transformed technology in several nations, but some remain relatively untouched by their power. That is about to change, thanks to a new Facebook-driven initiative known as Simba. The social media platform hopes to encircle the entire continent with an underwater data cable, which, ideally, will offer access to new markets while also minimizing bandwidth costs.

Google’s parent company Alphabet Inc. is also looking into the possibility of building a cable system along Africa’s west coast. The proposed Facebook project is uniquely ambitious, in that it would provide a valuable link to existing European and Asian data centers.

At first glance, the term ‘twisted light spirals’ might sound fanciful or purely artistic, but there’s more to this concept than meets the eye. According to research recently published in the journal Nature Communications, the simple twisting of lights used within fiber optics may constitute a third dimension in which light could carry information.  rather than just storing information as it does now.

RMIT University’s Min Gu draws a link between these twisted lights and the double helix spiral of DNA, explaining, “The more you can use angular momentum, the more information you can carry.” Gu’s team created a tool the width of a human hair for detecting twisted light spirals. This development may soon transition from research universities to fiber optic manufacturers, bringing record speeds to already impressive networks.

The modern fiber optic internet is rapidly reaching new speeds and new markets. From Fortune 100 corporations and government agencies to small businesses looking to gain an edge, many enterprises stand to benefit from fiber optics, and the technology promises to remain at the forefront of digital communications.